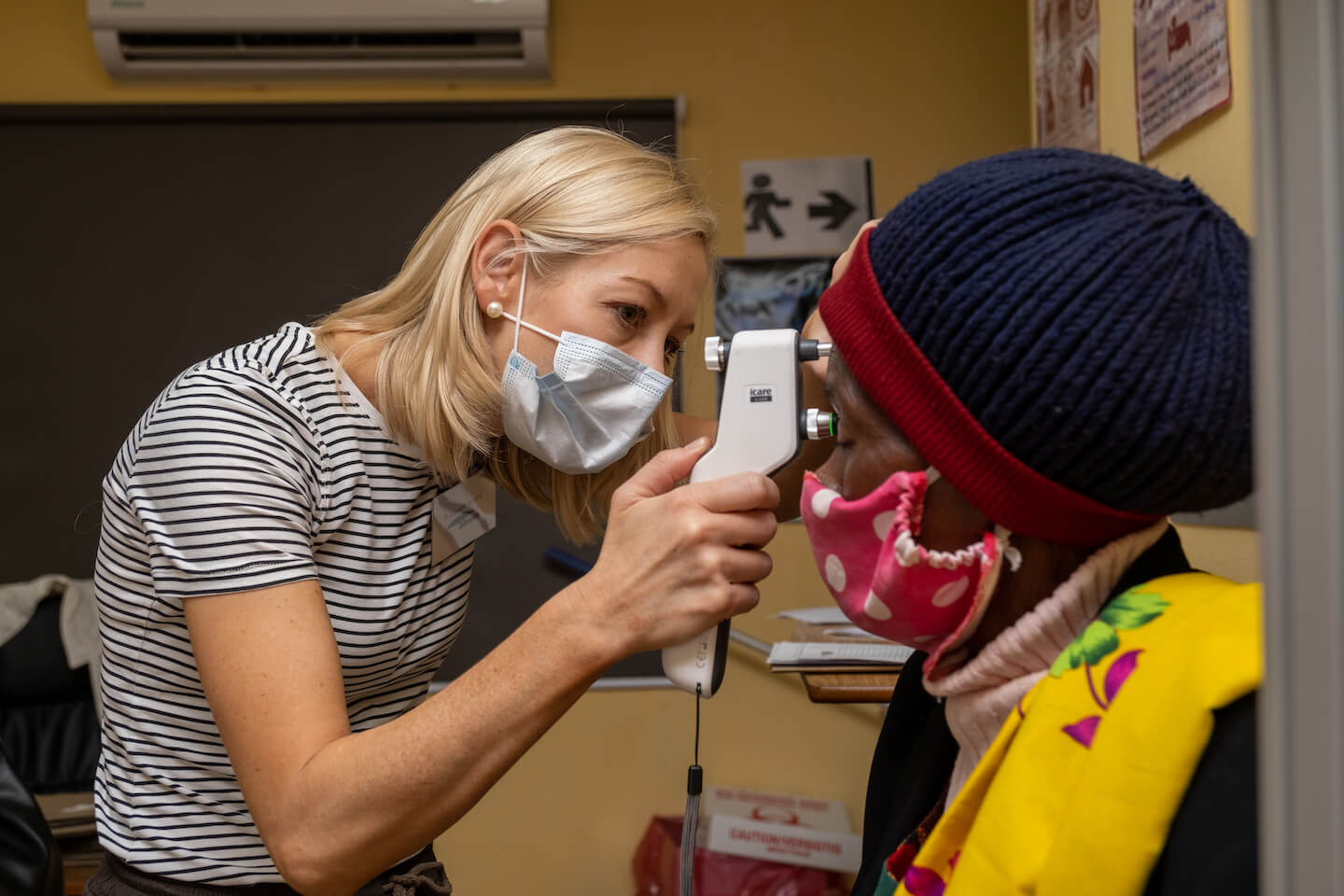 For jobless Phindile Mkhabela of Acornhoek in rural Mpumalanga, losing her sight while six months pregnant last year meant she would never see her newborn infant or her 10-year-old daughter again.

That’s besides having to nurse and raise little Trianca, getting her sister Kuhle off to school, clumsily feeling her way through the household chores, or earning any money to supplement her meagre social grant.

For Mkhabela, the light faded slowly over three years, with complete blindness enveloping her world just before giving birth.

“Eventually, I couldn’t read anymore or use my cellphone, no matter how close I held things. I was completely blind for about eight months,” she says.

For Victor Nkuna, a single father, sending one of his seven grandchildren on errands and fumbling for food on a plate, was “painful, hard and stressful,” after he lost his sight, first in the left eye in 2018, followed by the right one in August last year.

“The children would lead me around by the hand. I could see a bit of faint light, but no objects,” he says.

His last temporary job while partially sighted was building outside toilets at a nearby school in 2019.

Mkhabela and Nkuna live near Bushbuckridge, 38km southeast of Hoedspruit and 165km northwest of Komatipoort. According to a Statistics South Africa community survey, 35% of Bushbuckridge youth are neither in employment, education or training — and 64% of them live in jobless households.

Poverty is the everyday norm. Mkhabela and Nkuna are, respectively, an hour and 40 minutes taxi ride from the local hospital.

Yet Mkhabela and Nkuna’s tribulations were entirely forgotten one day in March, as head bandages were carefully removed following cataract surgery at the 423-bed Tintswalo Hospital’s state-of-the-art eye clinic.

They’d heard through the community grapevine that visiting doctors there could “wash people’s eyes and let you see again”. Their cautiously contained hope burst into tears of joy upon regaining almost 20/20 vision.

Mkhabela first saw her baby Trianca three months after her birth because the high Covid-19 infection risk at Tintswalo Hospital between January and March had delayed her sight-restoring operation that long. “I was so very happy and shocked to see her,” she bubbles.

These are just two of 40 miraculous cataract removals conducted by a clutch of Gauteng volunteer ophthalmologists who took part in the innovative Tshemba Foundation healthcare project in March, the second one for their discipline this year.

Johannesburg ophthalmologist volunteer Dr Caroline Gooding said the experience was profound. “I can’t tell you how emotional it is when those bandages come off.”

“Overwhelmingly, the expectation level is so much lower than our usual private-practice patients, which makes the surgery so much more amazing and rewarding. They expect so little because they normally get so little. It changes us doctors quite profoundly as well,” she confided.

Her gynaecologist husband, Dr Matt Gooding, introduced her to the Tshemba Foundation upon being asked to do a volunteer stint and hearing about the cataract patient load that was swamping the sole resident optometrist, Dr Othelia Nyati.

Read the full article by Chris Bateman as featured in the Mail & Guardian here.