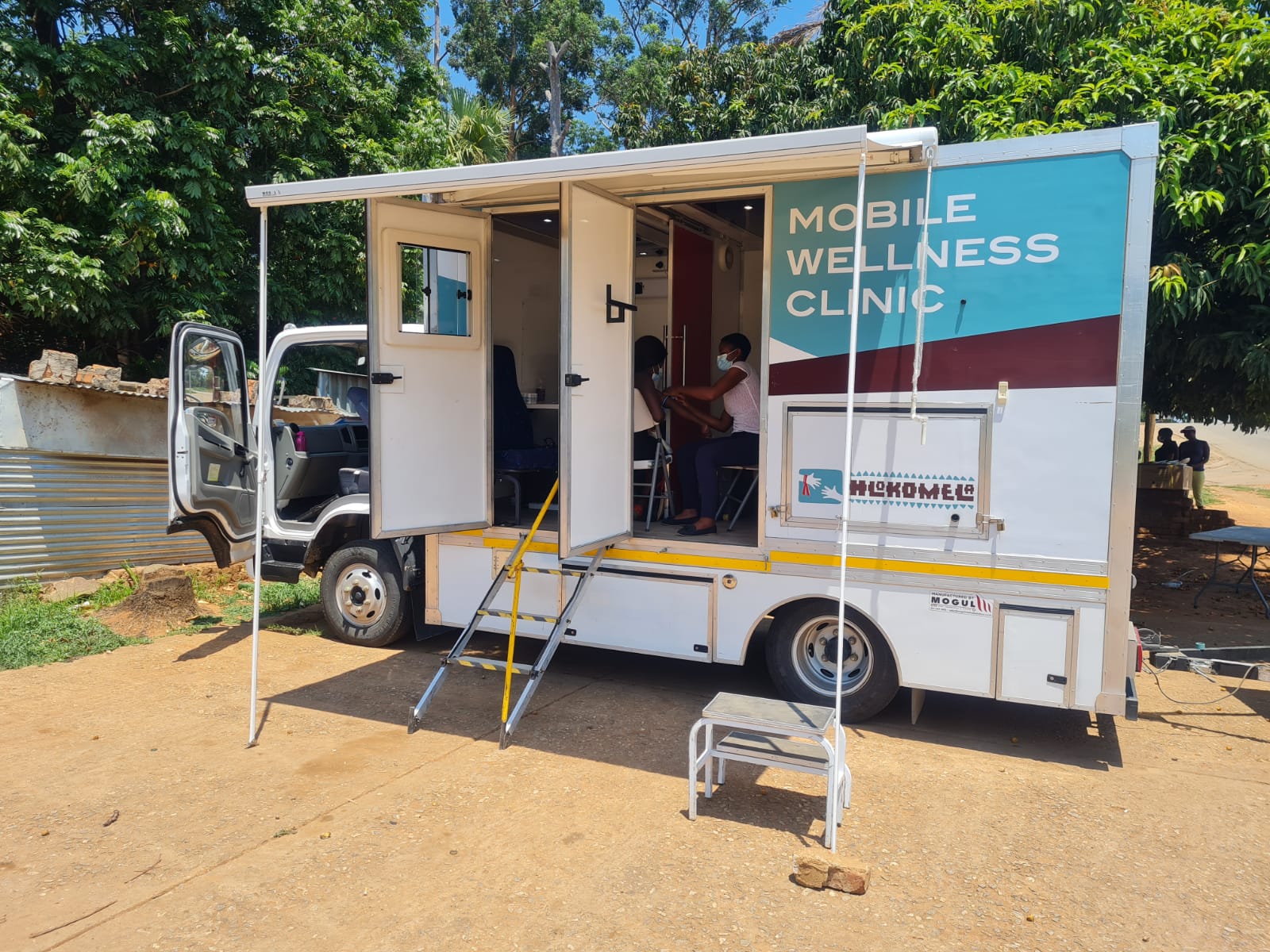 Over and above attracting volunteers, Tshemba also works to foster a more cohesive healthcare system in the district, bringing together the private and public sector for a more successful model of healthcare intervention.

“Volunteers play a critical role in rural healthcare, but ultimately it’s the passion and dedication of everyone involved and our willingness to work together that is seeing results,” Inez Allin, PHC Coordinator at Tshemba Foundation. “We are changing what primary healthcare looks like in these rural areas by linking government, non-profits and medical volunteers. Together, the sum of our parts is exponentially more powerful than what we can achieve alone and seeing the direct and immediate on-the-ground impact of these interventions is incredible. It’s food for the soul.”

One such partnership is with Hlokomela, a non-profit organisation that has an award-winning HIV/AIDS educational and treatment programme, as well as a primary healthcare clinic.

Situated in the Mopani District of the Limpopo Province, near Tintswalo’s feeder area, Hlokomela has successfully turned the tide of HIV and AIDS in the district.

South Africa has the biggest HIV epidemic in the world, with 7.7 million people living with HIV. In 2020, nearly 4 500 South Africans were newly infected every week. One-third of these are adolescent girls and young women aged 15 to 24. These are staggering figures, by any stretch of the imagination.

Globally, a region is considered to be suffering a ‘hyper-endemic’ HIV epidemic if more than 15% of the adult population is HIV positive. South Africa far exceeds these numbers.

At yet, in the Maruleng Municipality, the prevalence of HIV and AIDS has dropped from 23.9% in 2005 to 6% today, thanks in large part to the interventions of Hlokomela.

In 2005, Christine du Preez , a nursing sister married to a Limpopo fruit farmer, started a one-room clinic on Richmond Farm. She immediately recognised that too many farm workers were tragically dying from unknown causes in the Maruleng Municipality. Once it became clear that the cause was AIDS, Hlokomela secured the funding necessary to dispense anti-retroviral treatment (ART) and started an education and awareness programme to help the local community understand how to prevent the transmission of HIV, as well as that there are treatments available to suppress viral load. For pregnant mothers, ARTs significantly reduce the risk of transmitting HIV to an unborn child, for example.

Since then, Hlokomela has not only proven what’s possible in the fight against HIV/AIDS in South Africa, but the clinic has grown to play an important role in primary healthcare in the area, diversifying into a donor-funded primary healthcare clinic, treating everything from the common cold to hypertension, asthma, diabetes and a range of chronic and acute illnesses. In a world where specialised healthcare can seem unattainable, Tshemba, Hlokomela and Tintswalo Hospital are working together to ensure this isn’t so.

“We receive chronic medication from the department of health but our organisation’s salaries are funded through donors,” explains Laverne Stebbing, clinic manager at Hlokomela. This is one of the reasons why Tshemba’s medical volunteer programme is so important.

“Tshemba’s volunteer programme means that twice a week we have doctors working at the clinic,” says Stebbing. “Our professional nurses assess patients and then, where necessary, we can book follow-on appointments with our volunteer doctors. Tshemba’s volunteers range from generalists to specialists, such as gynaecologists and ophthalmologists. It’s amazing that we can offer this level of care in our rural community and that we can change lives in one of South Africa’s most rural areas.”

Read the full piece as featured in Med Pharm here.